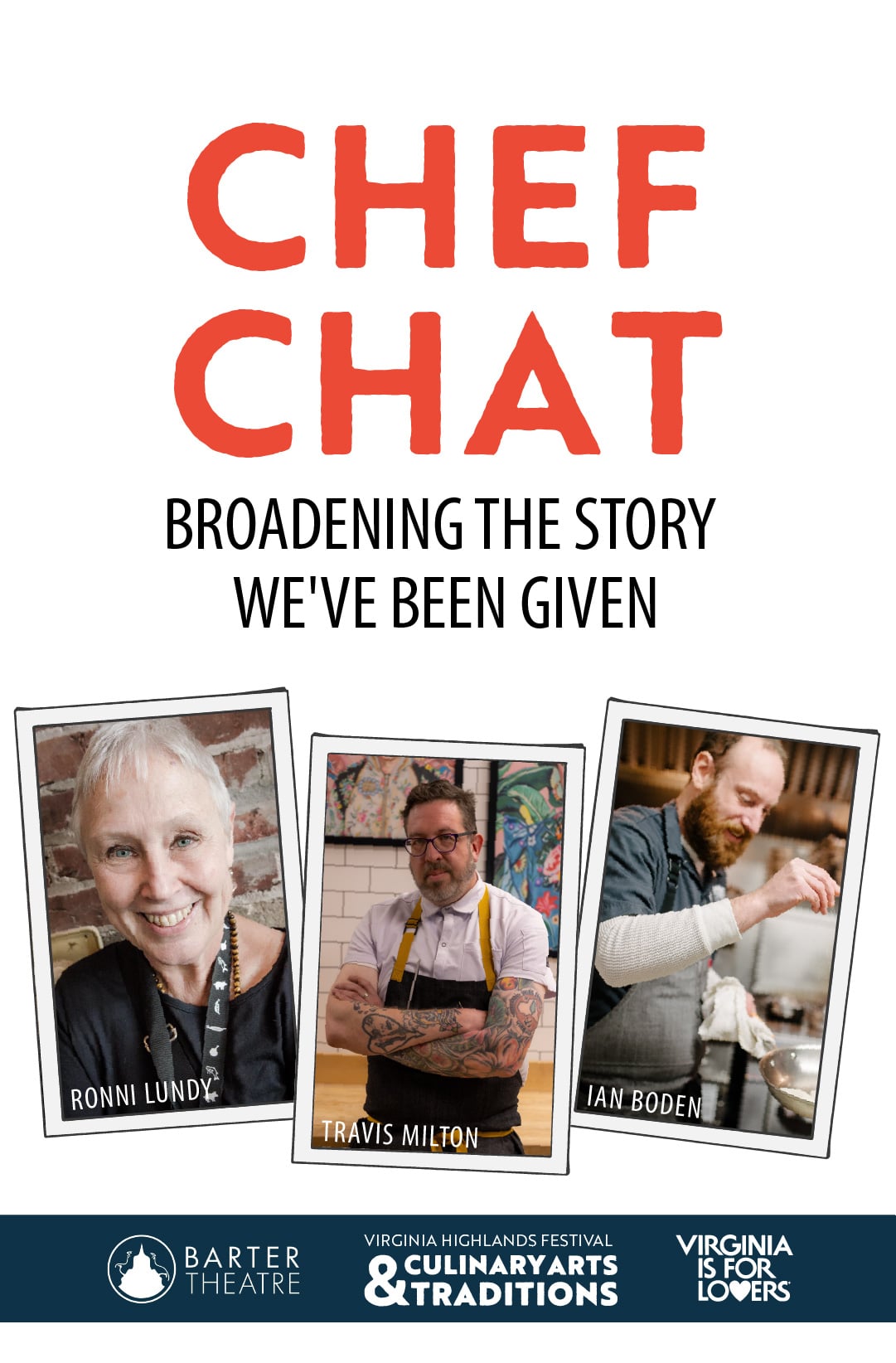 Culinary Arts & Traditions has quickly become a fundamental tenet for The Virginia Highlands Festival (VHF). Travis Milton, the executive chef of Hickory and Taste, two locally-sourced restaurants of the Nicewonder Farm & Vineyards in Bristol, Virginia, is making his third appearance as the host of VHF Celebrity Chef events. This year he brings Ronni Lundy and Ian Boden to the table for the VHFs ever-growing Chef Chat event.

Ronni Lundy, the award-winning author of “Victuals: An Appalachian Journey, with Recipes” (Clarkson Potter, 2016), has been writing about the food, music and culture of the southern Appalachians and the American South for more than 30 years. She is a founding member of the Southern Foodways Alliance and a recipient of that organization’s Craig Claiborne Lifetime Achievement Award recognizing her work as a writer covering both food and music. Lundy is also a founder of the Appalachian Food Summit.

Chef Ian Boden of The Shack, a restaurant in Staunton, Virginia, has received critical acclaim from publications as wide-ranging as “The Wall Street Journal” to “Garden & Gun.” Ian was also awarded “Starchefs.com Rising Star” for D.C. as well as a two-time “Best Chef Mid-Atlantic” for the James Beard Awards.

Ronni Lundy says “we (and many chefs of this region) are broadening the story we have been given about Appalachia.” Those who want to learn more about this evolving story and the significance of our region in the culinary world will not be disappointed.